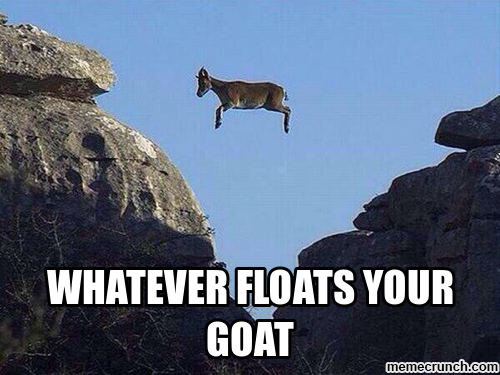 So I've got evidence that Pinky blog is being mirror accounted in at least one other country, lol. 😂😁 Whatever floats your goat guys. I know curating isn't enough, right. Just slap copies up and go to town with it and stuff. Right now it's more important that some of my words just get spread anyway, so I'm not too bothered. It could all end with dirty nukes and grids going down and who knows, some of my Pinky wisdom might live on somewhere.

Meanwhile, two of us came home with broccoli this week and now I'm working on gastric stack overflow. Today's menu includes a cheesy rice pilaf full of mashed up broccoli, with a slight hint of onion. I use several kinds of cheese so it's super yum. If I had leftover bacon I'd throw that in, too. One time I did that and stirred bits of cream cheese in, that was heavenly.

I just did a thorough research on Edward Lear because The Owl and the Pussycat crossed my mind awhile ago. Of course, that'll never show up on a social media scoring system. Klout keeps insisting that I'm a Stephen King expert for some reason. Confession- I'm well read and I've never opened a single Stephen King book in my life and rarely watch related movies or television show episodes that he's somehow involved with. I've watched Under the Dome, but other than that, I very rarely stop to check out anything his name is on. A few friends of mine are die hard Stephen King fans, so I'm very well aware of his remarkable history. I did see Lawnmower Man but apparently all he gets credit for is the title, lol. And I guess this is odd because anyone who gets to know me eventually compares me to Stephen King for some reason. I'd like to turn that back to Edward Lear, but since I don't often share my prolific penchant for limerick (the majority wind up incredibly yet tastefully naughty for some reason, and I'd rather not become known for that), no one ever says I'm the next Edward Lear. That sort of makes me sad.

From Runcible-Wikipedia- "In Neal Stephenson's 1995 novel The Diamond Age, Runcible is a code name for the Young Lady's Illustrated Primer, an educational computer."

From The Diamond Age-Wikipedia- "Society in The Diamond Age is dominated by a number of phyles, also sometimes called tribes. Phyles are groups of people often distinguished by shared values, similar ethnic heritage, a common religion, or other cultural similarities. In the extremely globalized future depicted in the novel, these cultural divisions have largely supplanted the system of nation-states that divides the world today. Cities in The Diamond Age appear divided into sovereign enclaves affiliated or belonging to different phyles within a single metropolis. Most phyles depicted in the novel have a global scope of sovereignty, and maintain segregated enclaves in or near many cities throughout the world."

You might call that prophetic, since that is a bit depictive of what the U.N. has drawn up in their Agenda 21, but perhaps it's merely an idea that has been intended for a much longer amount of time than we think, since Agenda 21 was heavily discussed and officially drafted several years previously. It would appear a work of fiction materialized after an agenda arose, so one could suppose this particular fiction might be a function of intention. I often look up whether an author's idea came before some kind of official documentation of something. It's interesting how often fiction actually comes after fact and barely anyone notices. Another book by the same author titled Cryptonomicon carries in its description "With this extraordinary first volume in what promises to be an epoch-making masterpiece, Neal Stephenson hacks into the secret histories of nations and the private obsessions of men, decrypting with dazzling virtuosity the forces that shaped this century." Really? He published after Agenda 21 was drawn up. It's not that big a leap to carry that into fiction. Actually, he seems a bit obsessed with the same kind of conspiracy around Nazi code that many still do nowadays, but now we know more and it's not that cryptic once you stick a toe into the weird stuff. It's been all around us this whole time, but as long as our minds are trained onto fictionalized television, we continue to believe our lives and even the world are spectacularly mundane.

Interestingly, diamonds are the top commodity in Minecraft, one of the most popular digital games in the world where players learn to co-op and create sustainable lifestyles against a number of challenges. I hint of the cultural crossing over in my article Atlantis.

Anyway, my point comes back around to Stephen King possibly already writing what was put into his mind by others in the first place. The monarch cinched it for me. Whether King wrote the actual predictive programming or not is irreparably smeared for me now. He may not be a genius so much as just another person fast tracked into success by a group using him as a tool. He is well known for being a self confessed blackout writer, which some blame on trauma or alchohol, but is also explainable with programmed alters, like pop stars today are unabashedly revealing. Basically, he was the Lady Gaga of the book world long before 'dark' became mainstream.

But I digress. My food is ready.