This week has felt like moving through sludge. Today is as thick as cement. Why today? Is there something about today?

I TOTALLY got Scott this morning.

Texted him that the roof was leaking over our bed again, giggling like a maniac.  I *knew* he would fall for it!  He called me back about 15 minutes later, how bad is it, geez, I'm gonna hafta crawl up there again, the sheet rock is probably crumbling, etc.  When I told him April Fool, he said You suck!!!!  *heehee*  Poor guy had really been stewing there for a few minutes.

Ah, here it is, still 2008. April tends to be about the worst month out of every year. Yes, this is on April Fool's Day.

Nothing clenches you up for a pap smear like walking through a huge parking lot in the bracing cold wind.


She made me cry.

I'm so tired of feeling awful.  I even took vicodin before I went.  But she thinks I have a pretty bad bladder infection, and says I'm also at the tail end of a self limiting bacterial infection in my uterus, probably came on during the CMV this winter while my immune system was down and I had that thrush and canker sores for a few weeks.  I told her I'd rather not take an antibiotic if she thinks it's pretty much over, since I've had so many med reactions this year.  No sense stirring the pot for more consequences.  I guess we'll see what the lab says about the bladder infection, though.  She had to cath me for that, my first time ever.  I had no idea I was having so much trouble.  I just thought it was part of getting older and my innards 'relaxing' on each other, making it hard to drain my lizard.


Scott cracks up when I say that.

I don't see why mine can't be a lizard, too.  They don't all have to be monster lizards.

2009 Holy cow, it never stops on April Fool's Day. This is one of the surgeries I have managed to avoid.

Ok, back to 'real life' here.  Rough morning driving in, completely thrown out of my usual rut's timing.  Got up at 4 just to help cushion the shock, but still hadn't controlled the pain enough to drive without nearly weaving around the highway from the nauseating pain going down my spine.  I had to start driving around 6:30.


Aside from being offered an extensive list of meds I already know I can't take and physical therapy I know insurance will throw a fit over and won't address or solve my personal medical issues because they have to stick to defined insurance protocols, I have the option of having anesthesia squirted directly into my spine while I'm semi-sedated in radiology, with heavy concerns that 1- I'll have a hyper reaction to it like I do everything else and wind up in lupus flareup or something (this guy said a person like me could react even to needles, I'd never thought of that), or 2- it simply won't last a reasonable enough amount of time to be worth it.  If they add steroid, complications could rise exponentially, and then the next step after that is neuroablation.


"Neuroablation is used as a last resort when other attempts to eliminate pain have failed. It uses heat to destroy nerves that send pain signals to and from the brain. It is used for back pain and referred pain in other parts of the body. It can be permanent, but sometimes the nerves will grow back."


Um, they'd pretty much have to destroy the entire nerve bundle right at the base of my skull...  And that still wouldn't stop the cranial and trigeminal nerves around my skull from throwing migraines at me.

2010 Ah yes, the April I wound up in ER 6 times, 4 by ambulance because severe breathing problems, the other 2 were med complications. Yes, again, this is April Fool's Day. Little did I know the month I was in for.
And now we are having asthma attacks.  Whee.  Moved the HEPA into the livingroom, have already puffed and had benadryl this morning, and if this doesn't calm down soon I'm going to go to the ER, because I'm also on a beta blocker for high blood pressure.  The really fun part is when I can't control the cough and have to run to the bathroom over this stupid stomach thing.

2011 You can imagine this being a much better one by sheer comparison.
I think the blu ray is fried.  Scott dug the book up and thinks he'll have to try something with it, in the meantime I'm stuck with the old dvd player that keeps the picture in a tiny little squashed up square, like the old days.  Better than nothing.  I ~could~ watch a few shows on my laptop, but I'll probably wait till the weekend is over so I can hog the desk and chair.

heehee Scott was ticked that there would already be dog poop on the deck.

Also, this is where my sox obsession truly started, on an April Fool's day. I've pretty much done a blind pick ever since, something soothing about random chaos. I figured out the key is to get awesomely cool sox in the first place.
Remember my footie thing, where I was going to mix up all my footies into mismatches?  A sort of droll pastime, I thought, for my fun and amusement.  Well, it's not that amusing.  I'm already bored with the hidious clashing of prints and colors.  If I had paired one black with colored stripes with another black with different colored stripes I think I'd have been more satisfied.  But black with colored stripes paired with a white with 60's crazy colored flowers alternates between boringly mental and disgustingly stale.  It's one thing if they had holes and I had to pair them up as losers, it's another to look at them all day knowing I did that on purpose.  So I'm going to start over, let them all pile up in the hamper again and wash them all at once, and re-pair them into better mismates that are easier on the eyes.  But it'll prolly be two or three weeks before that happens.  (Yes, I'm going to force myself through the wearing of them first.  The Sheldon in me insisted I at least follow through the first round of utter ugly randomness.)

2013
Extremely stressful year, private stuff, but the pain level was coming down, yay! It was not a fun April Fool's Day, though. I don't care to share it.

2014 By this time I had stopped blogging privately. I remember struggling all year to reconstruct the way I write about things. No more dump zones.


One of my neighbors is burning leaves on top of all the pollen in the air. I made my house take a zyrtec. It's up to my chickens now to handle the great outdoors, I'm staunchly rooted in the great indoors. Click that if you're in the mood for chicken cartoons. 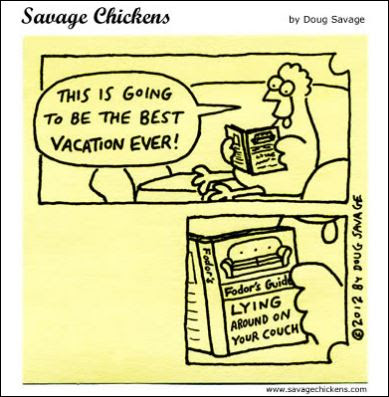 So, 2015. I have never had such a stress-free April Fool's Day. It's like a huge chunk of dreaded portent has gone missing. I guess I'm so used to hitting April and my life falling apart like I wound up in a disastrously wrong Cube room that I don't know what to do with myself. Or maybe it's something else.

April is also the time of year I start this incredibly lonely reminiscing. I usually never mention this part in any blog, even my most private ones. April is the time of year I watched a friend start spiraling into a severe depression, and after several months of not understanding because super aspie's so terribly, horribly aspie, I was set adrift like a leaf and have felt lost inside ever since.

How can pain still be so unbelievably consuming even 8 years later. Nothing else in my life has so utterly changed me. And I still love her. All this will follow me to the end, every day drenched from the most beautifully tragic year I've ever lived.

She was my rose in a glass globe, and the world we created shattered around us.

She is the secret behind who I've become.