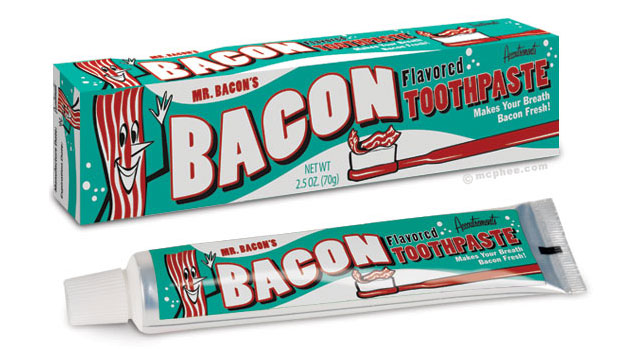 Let's be honest, bacon isn't really the cure for everything. Only *good* bacon is, but bacon in general is one of those hit and miss things. I've been bacon experimenting for years- brands, cuts, flavors, saltiness. I've tried it all. Or so I thought...

I had a heads up the other night and at the time it was so weird that I just blew it off- I was dreaming about white bacon. White bacon? Where was that coming from? Weird. Chuckled and went back to sleep.

IT'S REAL. AND I THINK I GOT HOLD OF SOME. Granted, probably some under the table *cough* mislabeling, but dang. 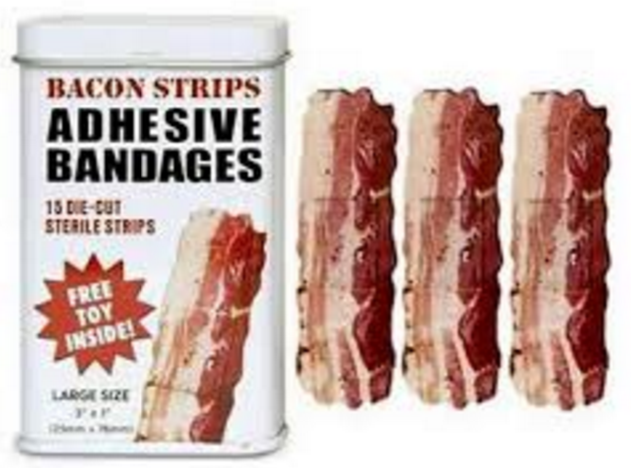 I was tired, the little store I was in (famous for it's meat counter) didn't carry my extremely particular kind of bacon, saw an identical description on a different brand, almost thought better of it, and then thought how bad could it be?

Well, for crispiness, it's perfection. I have never had such a delightful crispiness in my mouth at the peak of cookness. The flavor is really throwing us off, though. The hardwood hickory smoke is but a faint hint, and I'm completely missing *bacon*. At first we thought maybe it had gone bad, but nothing at all smells wrong, looked great both raw and cooked, just maybe a wee lighter color... Or a lot lighter. I mean, it seems to be bacon... It's just this super light golden color like I've never seen before in bacon.

I have discovered white bacon is a real thing. This clicks to that link.

It's edible, just unexpected. I think, basically, it's difficult to make lower sodium salt pork pretend to be regular awesome bacon. That weird flavor coming through is really plain- nothing. I feel like someone sliced up a big slab of lesser brined pork belly that had been hung in a smoker area just long enough to be legal for a smoked label. Don't get me wrong, I've had really bad fatty bacon that looked and tasted just fine cooked but was miserable getting it cooked because the cut area went through the sorts of fat that either super curled or wouldn't crisp up or whatever, but this package was perfect for the fat just chillin into heavenly crispiness without putting up any fight whatsoever.

And yes, clever readers have noticed that I ventured into white bacon and completely sidestepped that I dreamed it ahead of time. I almost wrote 'white bacon' into a post the other day before I found out it's a real thing. I've never seen it in print or expressed like that in a recipe. I've known about salt pork for a long time, but I don't cook with it. So I'm having one of those Matrixy moments, and it's baking my noodle.

5 Things You Need to Know Before Cooking with Salt Pork

So I was having this deliciously lazy morning back on the couch watching the weather channel from my blanket igloo, eventually taking a vote about whether to stay in pajamas all day. Every cell in my body enthusiastically sang *pajamasssss*, and, evil dictator that I am, I kicked the igloo off and was just about to strip into some real clothes when I remembered I wanted to get a shower this morning.

Every cell in my body sang *huzzahhhhh* while I walked back into the kitchen looking for hot chocolate to go with my minecraft.

Gonna be one of those days. Gonna hafta show these cells who's boss. 😈