The 5 Stages of Treatment & Healing on Social Media 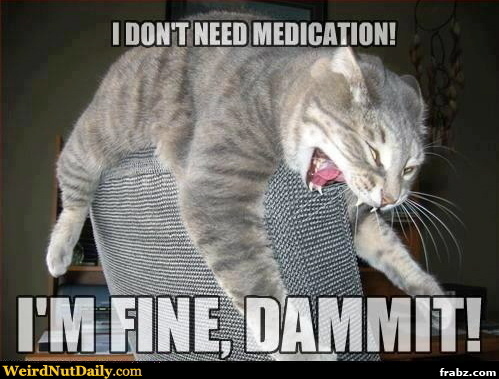 The only thing wrong with this picture is regaining the weight I lost. 😡 This ramping up the gabapentin thing has me wanting to snack like a pot smoker or something.

The fastest way to kill a blog or facebook and go dark is to start revealing and recoiling in horror at what you just did.

Letting people know that no one understands when they try to reach out, fuming over others sharing what your new awareness is suddenly highlighting as everyone is doing it and loathing that they 'speak' for you.

Feeling utterly stuck in a body and a world you utterly reject, and the only way forward is the way you weren't planning on going with your life.

Meds, lifestyle, whatever- you are who you are and it's comforting to know you're not alone on whatever scary path this is.

It's real. Internet is just as real as real life. Connecting to other real people is just as difficult on media as it is in real life. Sharing who we are, our fears and joys, whatever we perceive our flaws to be versus whatever we perceive others are pointing out our flaws to be- all experiencing is real. Even if we're making it up, experience itself makes it real. Whatever illusion we create for ourselves, or that the world creates around us, it is very real to our hearts and souls.

We all have fears. While others are able to project their fears outwardly on vague presidential nightmares and whatnot, some of us dwell with daily fears of cytokine storm or SJS. Sticking to treatment is difficult, going out in public escalates anxiety, sitting home alone can become suddenly overwhelming.

The hardest thing some of us do is keep talking on social media. We don't want to be needy, we aren't trying to get negative attention, we hate baiting for response- we just want to worry about the stupid little things like ordering online going screwy or getting the wrong order in a restaurant or being stuck in traffic. Well, we don't like those things either, but given bigger picture, anyone on lengthy treatment dealing with personal demons or cancer or crippling diseases tend to take the little things more in stride after awhile, or simply lump it into everything sucks.

I've been on social media a long time. I've been in an out of groups and forums, on and off both facebook and twitter, moved around both publicly and privately on a few blogs, and I've seen just about everything that can go down. Everything I see out there is redundant. It all eventually boils down to Who am I? and What do I want? There is nothing I can plug into that will ever make my depression or anxiety go away, no person I can lean on without eventually breaking them, no cause I can stick through without dealing with some kind of burnout. In the end, it really does come down to Who do I want to be?

The sky is the limit. Your brain is your infinite possibility manufacturer. It's all real, and you're part of all of us, even when you think you're not. We are here to Be Someone and Do Something, and as far as I can ascertain after all these years stuck in my stuff and seeing other people stuck in their stuff, we can all still learn how to be Kind.

Kindness isn't about patting people on the head or being a yes person. It's not about fixing things for other people or trying to *make* them feel better. You can't really do any of that, and if you try, you'll sooner or later become very frustrated.

Kindness is allowing people to be themselves without stomping on their heads for being stupider than you, or kicking them with truth when they're already down. Kindness is about recognizing that we all have a very short time here, life sucks for all of us in some way or another, and what you revile in someone else might be a completely erroneous perception and definitely gets in the way of kindness.

A thing that struck me growing up in the bible was that people had to be told to be kind to animals and slaves. Let the oxen eat while they are tied to a giant heavy wheel. Treat your slaves fairly and justly, and make sure they are taken care of when you set them free so they aren't just turned out onto the streets. The idea that we can use others without recompense or thought, even on social media, is a prevalent concept in our lives.

We have the power to remake the world around us. We may be riddled with fear and anxiety, drowning in self loathing and depression, flaming the world around us in vitriol, but our power lies in ALL OF US learning the art of Kindness. We can go down with our Titanics, or we can remold our illusions into something much more useful. 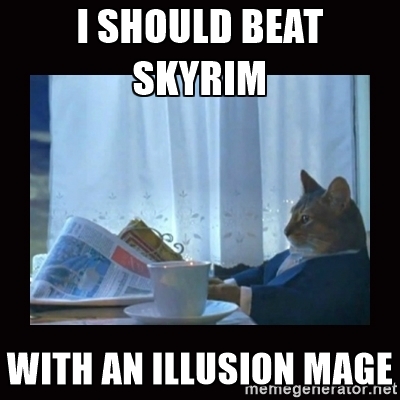 #transparency Med dose adjusting sucketh. Plz to forgive if I meltdown, & if anyone needs me I'll be making nachos. Bcuz weird head stuff. I can do this. I'll keep touching bases and hopefully this won't get too weird. Kinda went a little 2012 all sudden yesterday.