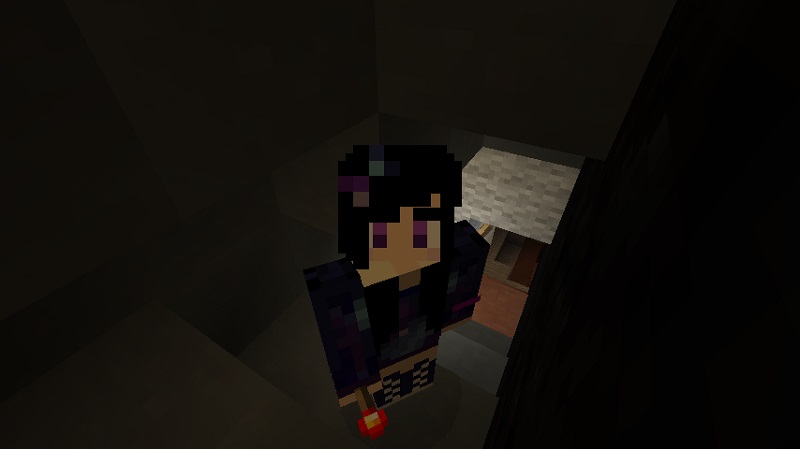 If you were paying any kind of attention to social media at all this weekend, you saw the Elon Musk thing rip through. Guys, the simulated universe idea is nothing new at all.

I've been leaning for years toward this experience we have on earth being a learning program. My first hint at this thought was on 3-30-08. If you're on mobile, you might be able to turn your tech sideways to see that. My next big mention in one of my most read posts ever (outside of anything Lexx) was on 7-23-08, but I transferred that so mobile viewing will work. "One of my ideas is that our linear experiences on this planet in this 3D medium in our bodies is like a learning program. The physical teaches us symbolically through the emotional about the spiritual, which are ultimately conflicting viewpoints by themselves."

Even millennia ago, some Eastern religions believed we are a dream one of the gods is having. The idea that we aren't 'real' has been around as long as we could think about being. Thousands of years of philosophies and religions and now science propose that this world we think we live in might not be what we think it is.

Unfortunately, I think the whole boiling us down to AI sims is redundant. AI is something I don't ascribe to. Artificial intelligence is a misnomer, in my opinion. Us thinking and assuming we're intelligent and aware in the first place is kind of a joke to me. "Anyway, we’re all doing pretty much the same thing. Breathing, eating, sleeping, and filling up the rest of our time multiplying, working, recreating, and generally annoying each other. It seems so empty when you zoom out a little too far and see the bigger picture. We’re not all that different from worms writhing around in the soil. We’ve only elevated ‘awareness’ to an art form, and I’m not sure the people around me are all that aware."

The funniest thing about this vid capture is not that two different villagers are overlaying each other, but that one of the players named an avi NielsBohr. Talk about layering AI simulations...


I think our biggest hangup is our sense of self, realizing that we are autonomous and 'alone' without a hive mind, and longing for 'someone out there' to understand us, reassure us, validate us. We 'woke up' and saw our selves. I wrote that on 5-27-08. Seems like 2008 was a really thinky year for me, but that's just the year I started writing it out for public. I've been thinking about this stuff all my life.

Let's assume for a moment that we're not in base reality, as Elon says. Is there a base reality? Does he even ask that question? Elon thinks the whole AI simulation thing could be so layered that the odds of us being in base reality would be in the billions against. He's looking at it wrong. The odds of me being in this particular locality are 100%. If we are here, we are here to learn something. I see absolutely no other reason, real or made up, to exist in a world where we think like this. Everything we do and think in this life seems to be about what we have learned about ourselves and about interacting with others. Everything we think about this world is a judgement we make about ourselves. Why?

I almost brought a post out of private for this. Almost. I wrote it last year almost to the day, and it's marked as book content.

I'm not debating against Elon, but I think he needs to take his blinders off, along with the rest of the world. If we're going to reduce the religious and political conflict on this planet down to AI simulations that aren't even base reality, we need to at least give it the dignity of being important for an understandable reason. We are real. Our sufferings are real. Our hopes and dreams and daily grinds to get there are real. Even Einstein struggled with the concept of locality and being in the now. This is important because our world always seems on the brink of shattering, not just in the news, but within ourselves. We grasp and cling for beliefs of any kind to hold onto, as though our tenuous living is barely enough to even want to be 'real'.

By the way, anyone else pick up on Alex Trusk being an allusion to Elon Musk in Cube 2: Hypercube? (soundtrack sample) (my review, it's very short) (Here's a better review) Not saying that was done on purpose for the film, but it's fun to think about.


Yeah, you guys get all hyper about Elon's base reality thing. "This isn't a game." "The first one had RULES..." And I'm always bringing up Minecraft being Magrathea, so Elon bringing up our existence not being base reality in a plethora of AI simulations is meh. Already been there, dude. Nice that you're super wealthy and quoted around the planet, but some of our brains out here are every bit as big as yours. wassappening No, I'm not a wunderkind owning the planet, but neither am I satisfied with accepting quidproquo, as it were. I really hope you keep it transparent, Elon, because I'll be really disappointed if you don't, and I'm counting on you to keep leveling up and change the world before it really does blow up.

:edit 35 minutes after original post time: That wassappening post just hit into all time top 10, and getting hit harder than this one, so thanx whoever is doing that link sharing, you rock.