I keep hearing Kyle's voice in my head.

Every once in awhile I think something so cool I just want to talk about it to somebody, and I don't know a single soul in real life who would understand a word I'm saying.

You know how source code (ok, just nod your head, all right?) tells you all this gobbledygook of wassappening (keep nodding) and you go ohhhh, yeah, ok, and then you think about how you'd write it yourself so you could see this or that variable as well (it's ok, you can stop nodding, just hang on) and then you wonder if your own source code in your body is like that. I mean, I have a Lyme marker, right? But you can't tell by looking at it whether it's in an active state or just a dormant marker. You would know I had come into contact with the Lyme bacteria and so therefore must have suffered at some point and am now a passive carrier, as I also am with CMV, and I'll probably wind up developing shingles later in my life because I still carry the chicken pox virus. But looking at the markers, you don't get a timestamp. It's kind of the same way with basic source code. Unless it's set up with lots of extra doohickeys, you have no idea when a visitor dropped by your site unless they click something you can see. Facebook is real bad for that because you can't just drop your own tracker in.

Timestamps are pretty awesome, because real time feed is a huge thing now. Stuff is whizzing around so fast that you practically need continual timestamps just to keep some kind of context, almost from second to second for some things. Our body source codes don't exactly keep timestamps, although we can figure out when some things must have happened and sometimes in what order for something else to be like it is now, right? But it all keeps moving around and regenerating. It doesn't hold still for an epoch like the layers that you can see slicing down through the Grand Canyon.

So I'm effing around some source codes today (ok, get your mind out, that's ctrl-F and then putting a search in), you know, for kicks to see what kind of blazing trail I'm leaving through someone else's stuff that I lurk on (this is where Tank could see what Neo was doing moving around in the code) (here, just take an eye break)...

Ok, I'm not exactly stalking, I'm just lurking around more for my own amusement than for actual info because I'm too aspie to care about real human interests, I get bored too fast. So I wind up tiptoeing through the code thinking about neat things.

Anyway, I thought Wouldn't it be neat if we could right click our own bodies and just see the source code instead of having to draw blood, and then ctrl-F a search parameter straight to what we want to know, right? You know, like ["CurrentUserInitialData",[],{"USER_ID":"thisgermID","ACCOUNT_ID":"thisgermID"} blah blah ["CurrentCommunityInitialData",[],{},numberhere],["ISB",[],{},anothernumberhere],["LSD",[],{},anothernumberhere],["BanzaiConfig",[],{"EXPIRY":blahblah,"MAX_SIZE":blahthisamountblah,"MAX_WAIT":thisblahblahlong,"RESTORE_WAIT":anothernumber you get the point. (Nod.)

And then I thought WAIT, maybe we can...

I don't want to go too fast, so take a little break here, get up and stretch or put some dishes away or whatever while this cool song pumps you up to move around.


Ok, we're about to go some place really cool. My head. And this is good practice for me because I rarely share what's actually going on in here, so I'm sending thought waves out my arms and fingers through a keyboard off into a crazy invisible soup of zippy signals so they can settle into your monitor and glow into your eyes and become part of you. Brain sex. It's weird, and it's awesome. You ready? Well, not sure you can really get ready if this is your first time into my kind of weird and awesome. Just see if you can follow me.

Several days ago I shared a couple of posts on facebook, one saying the universe is fake and the other reconsidering the flat earth movement and then flippantly stated "If what I just posted before this is true, the earth could be both flat and round and inside out and all kinds of other things without any conflict. I've been thinking about this for years."

Those of you who've seen my little obsessions over everything from polychorons to envisioning a cat in hypertorus mode will probably be ok with this. The rest of you noobs will probably need a thinking cap. Hang on. 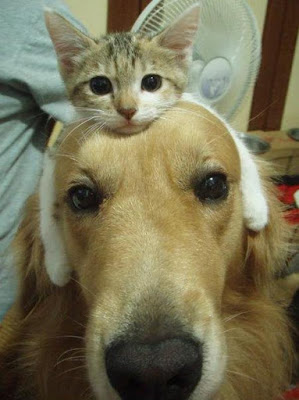 And I just took a wild romp through knitwear for pets. Sorry about that. If I'm losing you, you can click this next one and disappear like I did, but you'll be responsible for the following info and tested on it later. J/K, I know you'll come back because the suspense will kill you and you'll have unresolved weird dreams if you don't come back. 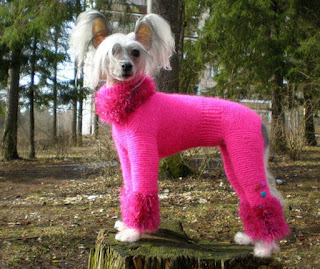 Good, you're back! See? This will be fun, I promise.

Let's assume that whatever state of existence we find ourselves in now, it's only like this for us, the way we actually think. We can't really see it from the outside of our existence. If you could step outside your body into other dimensions, your body would actually look quite different. Being 3 dimensional isn't very far from Mario or Link being 2 dimensional, but they have no clue, do they? They run into walls and make all kinds of mistakes that they totally take for granted, but we can see their world is really flat and has the illusion of being 3D. We play 'flat' video games all the time that look 3D.

Well, we live in a world all the time that looks 4D from one dimension outside of our viewpoint, and we don't have a clue. This was very well depicted in a Farscape episode called Through the Looking Glass, where Moya (the living spaceship) was unable to starburst properly because she was pregnant, and she got stuck in mid-burst schismed into four simultaneously existing but still all the same Moyas. Since Moya is a 3D creature, she couldn't exist for very long like that, and the crew got a hint from a higher dimensional being, which they were unable to properly see or interact with, on how to correct the problem. It was wonderfully weird and tense. 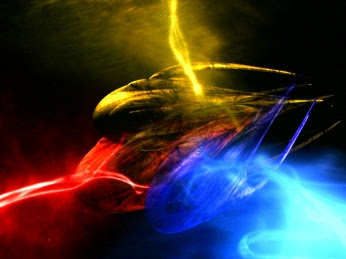 Imagine Mario or Link getting stuck in a weird schism like that, and you can see what happened and what they need to do next, but they can't- how would you communicate a simple idea to them?

I once read a scifi story (can't remember title and author) where an object was smuggled aboard a spacecraft past security because it had been dimensionally turned inside out, and no one could recognize it. I don't remember whether it was the same story that had someone undergoing alt-dimensional surgery because that was the easiest and safest way to remove shrapnel or a cancer without having to be cut open and lose a lot of blood. If you think along these lines long enough, you can imagine how our earth could be both a sphere and flat, and how our universe could be very different from what we conclude about it through our senses alone. Our senses help us navigate and survive, but they don't reveal to us everything there is. Case in point, the weird brain sex. My thoughts are glowing into your eyeballs right now. That shouldn't even be possible if all there can be is 3D.

Back to my source code point. There might actually be a certain way of looking at ourselves that really is as simple (to our minds) as popping a search ID into source code to find a problem, like germ warfare or cancer, but we just don't have a clue yet. We're still bouncing off walls and making all kinds of mistakes, like Mario and Link.

The reason this came up today is because I ran into another really old Lexx fansite that had been wiped out along with the rest of Geocities in 2009, and there's a guy out there working on resurrecting all the old archives, and there's a chance many people will get their old sites back. Since the root code was restructured, most of the old links are broken on the pages coming up, but if the owners realize what's going on and reclaim their old pages, they can get back in there and relink what they've got in their archives.

And the reason I kept meandering through thought after thought about source code is because I printed out the source code from two of my niece's old Geocities pages after she died, and it was all we had left of her sites after Geocities went down, because that was before I had learned how to rescue and salvage. (And now you know why I have such a deep compulsion to rescue and salvage.) Source code looks like a bunch of gobbledygook, but even the simplest source codes say so much about what a person was doing. I read through her old source code and I can see her, like Tank can see Neo. And if doctors had been able to correct her own source code, she'd still be here. I bet you guys didn't know that is exactly what they're trying to do with CF, correct the source code.
Yale scientists use gene editing to correct mutation in cystic fibrosis

Before she died, she teased me with all the cute little things she could do with her secret codes, and she never would tell me how she did things like marquee and mouseover, or embed music and gifs. She learned to build all her stuff from scratch. She kept secrets about cellspacing and stylesheets. She was just a kid playing around on Geocities, and mocking me with all her cute surprises that made me so jealous. I kept asking her to tell me how she did it.

And then she went away to a hospital and died. About a week after that in the middle of my sleep, I dreamed that I asked her to tell me her secrets now, now that she could go wherever she wanted and do whatever she liked. And I started dreaming about codes. For years I never even looked at a tutorial, I just sat there and figured stuff out after another dream I'd had. I went through brain fail about 7 months after she died, but that didn't stop me from building my first Lexx fan site on a glitchy old computer on dialup (I couldn't even pull up the page to see it until I saw it on a computer in college), and when I came back public I started dragging my glitchy brain through tutorials.

And now I watch people through their source codes while I think.