So, stupid day yesterday with internet out most of the day meant getting some major paperwork processing done, yay! I don't know how it happens, kinda like an inverse proportional thing where the grodier I feel, the easier it is to do the most mundane drag chores in the world.

I also went through a lot of kleenex and looked up things like neuromyelitis optica because the pain that shoots around one side of my head when my eyes look up that direction is ridiculous. Nothing says 'meh' to Walking Dead and any other emotional crisis chain yank like looking up Mayo Clinic stuff and scaring yourself silly. I'm still #TeamNegan, by the way. Hate me all you want, the guy is rebuilding 'Murica and dang if he's gonna let a few zombies get in his way. I can't help wondering if the Saviors using Daryl to help them execute a plan will be totally screwed by our main gang splitting up into their own little plans without telling each other and Negan will come back and just laugh at all of them.

By the way (skip this paragraph if you get grossed out easily), when you burn real skin with a red hot iron, you get a lot of really white stuff over super red stuff, not to mention a really nasty smell, so that little gooey spot sticking to the iron didn't bother me. I also think that guy woulda screamed really high and passed out way sooner, and his hair anywhere near that iron would've smoked and singed. Details. Pretty sure, as long as Negan held that iron to his face, he had fourth degree burns. Holding metal that hot for that long on his face would've cooked everything under it instantly and then some (I'm pretty expert with heat), and likely nearly (if not actually) kill him just from pain shock. I'm not a burn unit expert, but I've had a couple of serious burns, a friend nearly lost her hands, and branding is still a thing.

Yes, I'm worse than Negan. I see what he's doing there and I'm still on board.

Scott was gone a week (per Facebook), so we're catching up on loads of stuff that piled up on the DVR while he was gone. I'm sure we'll be behind in everything the rest of the holiday season. We were cracking up so hard during last week's Flash the other night. Caught up on Arrow last night, looooove the Dominators spaceship, reminds me of the way ocean monuments are set up in minecraft. Wouldn't it be cool to have decorative lighting like that? And then Thea arrives on the Legends ship going cooool and I'm like wow, that is so dull compared to the alien ship, it's like coming back to a locker room or something.

I doubt I'll be live tweeting much this month, if any. I've been mentioning weird eye pain for a couple of months to ophthalmologist, my doctor, and physical therapist, so far so good, but I'm going back to the eye clinic today, and if this doesn't settle down, I may be saying howdy to my neurologist sometime over the winter, and he might want another MRI, so I'm trying not to think about things like anxiety attacks. I remind myself it would be all the same if I were sitting home here or being looked at there, unless something shows up they probably won't do anything, and I ***definitely*** do NOT want anything to show up, and for everyone to all agree this is just a referred fake thing and maybe take something for a migraine, even though this isn't a migraine. The last time I felt pain like this coming on I wound up unable to read or watch TV for a long time (which they'll probably command me to stop doing just to calm the nerve back down), but I still walk the earth and I know I can do this. Just hafta stay on track and stay healthy so I can handle it, hopefully better than last time. Everybody positive vibe me and help me think this is nothing, it's just a jumpy nerve with a bad spark plug causing a misfire. Of course, having a stupid head cold isn't making it feel any better. I'm hoping the ophthalmologist reassures me about sinus pressure can totes cause that and it's a thing sometimes... 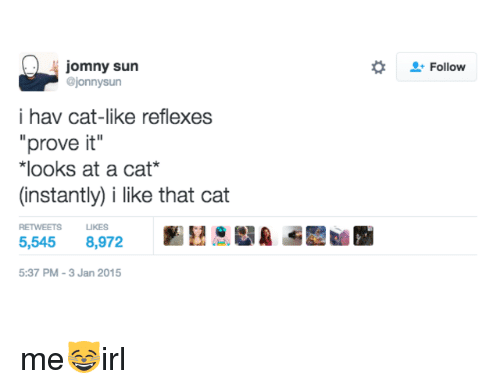 Professionals are getting after me again for powering through pain. It is really hard not to ignore pain and keep doing what I want to do in spite of it when I spent my whole adulthood learning to do that as a psychological survival mechanism. I was always expected to handle unimaginable amounts of pain in my family growing up, and I feel like I'm racing to get my stuff done before I can't any more. How many times have I said that? But it really does feel like that from the inside.

Those of you who've noticed Pinky Press Review is looking scanty (not that saying this matters if those of you who did notice don't read Pinky blog), yes, it's fading out. It's on a countdown, the list member content is being chopped down a little each day, the widgets and gadgets are folding up, and pretty soon it'll look bare. I'm visualizing it being sucked into a pandimensional nethersphere. I can already tell the creators installed triggers warning staff someone is doing that, because as soon as I turned off one of the ad plug-ins, a pop up to a live person was asking me if I needed any help. So, um, Big Brother time... (from France).... *wow*. I just closed the pop up chat without responding.

Anyway, no more powering through pain to live tweet. We're venturing into noncompliant patient stuff. Yes, I will miss it. Yes, it blows watching my interaction stats go down. Back to keyboarding behind the scenes, and who knows what 2017 will bring.