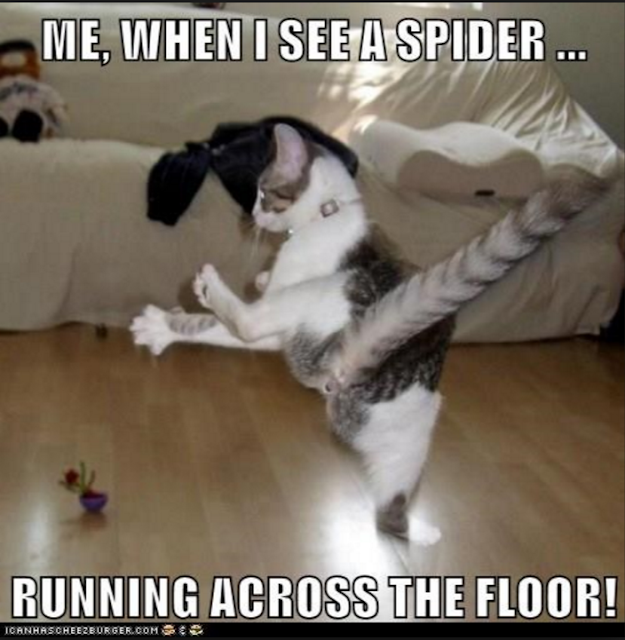 One of the things I haven't been talking about is what it feels like.

You know that springy sparkle all through your spine and out your nerves that you get when all your hairs go up? Like when something is really creepy, spooky, weird...

Over the last week I have felt that probably 60 times, and it's getting really old. Oh, nothing, just sitting around watching tv or playing minecraft and there we go, over and over like someone's flipping on a light switch to the Griswold house. How's it now? Switch flipped back off. Oops, back on again. Anything? Back off again.

I've been through this before, just not on such a large scale. Nerve healing feels like an electrical crew working on lines and fuses, testing links and current flow, shutting off to work some more, flipping it all on to testtesttest running diagnostics, ok off again... And lately it's my entire body doing that spooky hair thing, starting at the base of my neck and traveling down my spine, arms, and legs to every inch of skin on my body. It doesn't hurt at all at first, but after several of those full blown on-off diagnostics back to back in a row, it actually does start hurting and really wears me out. Then it all stops for awhile until the crew is ready to test the lines again, and then I get a few minutes of that all over again. Several days of that now.

Part of the physical therapy is on my main nerve trunk from base of skull to about mid back. Starting out before these last couple of rounds, I was not aware that parts of the right side of my back are numb, and that the maddening itchy parts in the middle and left side of my back were from nerves sputtering from the agony of years of being pinched off. As we've very slowly been working up and down my spine in between processes, trading back and forth between parasympathetic pressure point and ASTYM week by week, some of the pressure is being relieved and whole nerve branches are lighting back up like strings of Christmas tree lights. I can feel my fingertips now. I can feel the ulnar nerve from my neck down my entire left arm now. I can feel all kinds of muscles around my ribs now. The maddening nonstop itching is letting up and moving further down as the nerve trunk works on healing.

I've about reached my tolerance limit, though. It's time to stop and rest again. Today was my last big parasympathetic therapy. I can tell it's working. Over several weeks I've been able to reduce my pain med from every other day to every third day, and I'm able to use my arms more again. I'm also sleeping better than ever when I do actually sleep, which is more often than not now. Not sure how, but I seem to be ahead on my $$ sync this month by about $2. Between possible math errors, a new autopay and billing recode, another autopay I forgot about, closing another autopay out, and shutting my eyes to run a debit charge, for awhile it kinda looked like I'd be about $100 in the hole. Something inside my brain still knows how to do math. It's just not sharing it consciously with me.

The sweet roller coaster ride that is the glitchy brain life. It's reminding me of Imaginearum. <<-- post I wrote about watching the movie. "A dark dream. A dying memory. A hidden regret. One last ride."

I am inside a semi-broken brain. Every day I get around obstacles and figure out mazes. I know I'm not alone because I've been contacted so many times through the years by others living with some kind of glitch, be it from schizophrenia, PTSD, concussion injury, MS, strokes, a range of depressions and spectrums. Watching our families around us through the fissures and cracks and glitches...

We know it's hard for you guys. We're frustrated that we make it hard for you, whether we can see it or not, understand it or not.

Holidays are hard. Not all of us can pick up phones and call hotlines, but some of us can still reach out and hold a hand, maybe nod. The more lost you get in the glitch, the more meaningful every word and movement becomes reaching through.

Keep reaching through. Reach out, reach in, reach toward.

And get that movie.