It's been over a year since I've done one of these.

Part of my 30 day challenge is to reach a place where some things in the way are out of the way enough to get a much bigger idea written out. Several, actually, but I've got one trying to come out and I need to be a little more organized when it does so I don't lose it all in bits and pieces like I do everything else. Since Christmas and New Year's will be a monumental and continual disruption interrupting my life, best to redirect so I don't have frustrations erupting, and whatever other uptionings there could possibly be. I'm kind of winging it, but things keep getting done. I feel like I should report in, though, but I don't feel like saying "I cleaned my house."

My very first tracker embed code was named World of Spin. It still works, and the map is still active. The most recent hit from the time of this snip is from Wisconsin Dec 1 2016 11:48:56 pm The time is off because it didn't reset for daylight savings, that should be an hour earlier. I could tell you the page that got viewed on another blog, but I don't want to spook anybody. 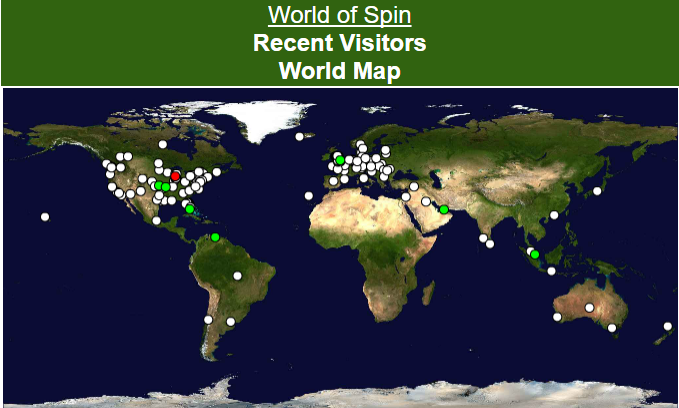 That's right, I'm not sleeping. I'm usually sleeping by now. It's probably cheating if I call this Day Two and post it before midnight, but I might do that anyway.