Neo/Khan and why our Matrix is screwed

In a truly perfect world, a fan would create an awesome youtube tribute vid with a Neo/Khan mashup. 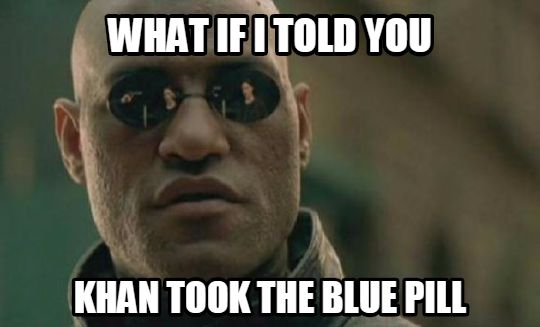 Sometimes I follow @bonenado around with my old Matrix gristle bone that I keep laying around to get out and gnaw on every little bit, to his disgusted not again because he thinks The Matrix was a boring movie. I've said from the start that there's no way any of them ever got out of the Matrix in the first place, that the Architect might be the one who's really trapped, that Smith might actually have a point, and that the whole thing is so layered with subroutines, how do we know the entire construct isn't an elaborate program written by a high school super nerd with nothing better to do. The fact that the Cracked guys brought up the story within a story within a dream within a story (or something) totally validated me, and I cheered through 98% of everything they said here.

1- All that kung fu when Neo could have simply used the Force to wage wizard wars messing everyone up with thought power alone, because brains are one more layer to the whole mashup, they use electrons, he's already part of the Matrix, so his thoughts alone could have conceivably shredded the place.

2- There could be more than the red or blue pill, and in fact, I can't help wondering what Neo could have done with popping a cocktail of red, blue, green, orange, yellow, white, and whatever else capsules, liquigels, and tablets since the pills themselves were simply code hacks. 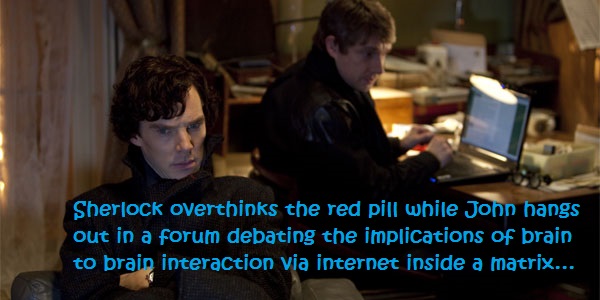 From Star Trek II: The Wrath of Khan quotes

Leonard McCoy: Dear Lord, do you think we're intelligent enough to — suppose — what if this thing were used where life already exists?Spock: It would destroy such life in favor of its new matrix.Leonard McCoy: Its new matrix? Do you have any idea what you're saying?Spock: I was not attempting to evaulate its moral implications, Doctor. As a matter of cosmic history, it has always been easier to destroy than to create.Leonard McCoy: Not anymore. Now we can do both at the same time! According to myth, the earth was created in six days. Now watch out! Here comes Genesis. We'll do it for you in six minutes!Spock: Really, Dr. McCoy. You must learn to govern your passions. They will be your undoing. Logic suggests—Leonard McCoy: Logic? My God, the man's talking about logic! We're talking about universal Armageddon. You green-blooded, inhuman—

Not that I'm identifying with this person, but at least it's proof I'm not alone, clicks to source. 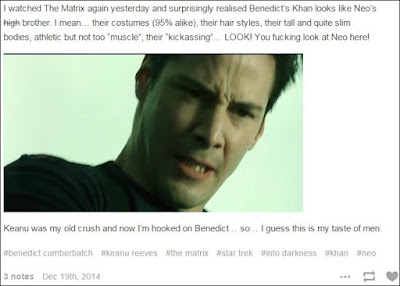 What does the Oracle have to say? 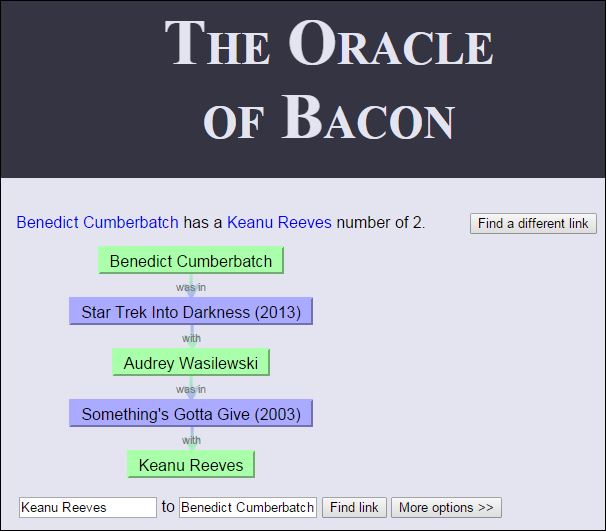 In case you guys didn't know this is a thing.

So basically, Khan was doing his best to break the Matrix... And if you really think about it, it's all Spock's fault (the original Neo) because he's the one who tricked Khan, and now Khan thinks all his people are dead and they're really not. The Augments nearly overcame the machines, guys. Chew on that one for awhile.