Scott is going to be so sick of me by noon

~Hours of research later.~ Ok, I get the whole theta beta alters brain split thing, but who handles the handlers? I mean, it's all coming from somewhere.... Ran into one thoughtful muser who hypothesized the whole world is just one big ball of self perpetuating retraining, and another who suspects it all started with the aliens who readjusted our DNA for slavery and set religious institutions and secret priesthoods in place as control mechanisms. Now being presumably abandoned, some of the more greedy game players have kept the retraining going through the millennia and risen like cream to the tippy tops and no one sees who they are. If even a whiff of this iz trew, the whole liberal vs conservative thing is a complete lie, you know that, right? A distraction.

It's up to mRpl to disentangle this p-brane problem with a fresh pitcher of sparkling spaceade and switching to an alternate reflectoplasm whenev er ... he can find... the.. remote..

That little guy was created by Victor Navone. I just borrowed him (her?) for a story. Now that mobile viewing is coming back up on Xanga, I may hafta go over there once in awhile and see what's up in his neck of the oscillating orbit.

Meanwhile, despite the rigorous bacon testing I've done through the years, I've found another package that turns to rubber when cooked, and I'm wondering what in the heck part of the pig that comes from. I think we need to revise the charts to sections of 'crisp', 'flabby', 'rubbery', 'hard', 'too salty', and 'avoid at all costs'. 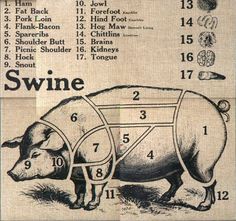