FINAO (Failure Is Not An Option) 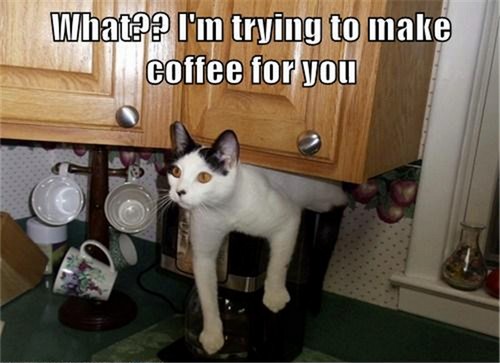 The last 24 hours I've juggled a few people, weighed priorities, kinda felt like triage. I'm not complaining because this means I actually have people in my life who choose me to listen. I was nearly called on the carpet for not responding quickly enough in public yesterday by a person who hasn't yet taken the time to get to know me that well, which doesn't mean I don't care, but... sometimes ya gotta wait in line.

This is a reminder of who I am and the personality you're dealing with, especially in case you've not stalked all my blogs. (Some have. Bless you.) This is from one of my posts at Surveypalooza.


If your best friend came to you depressed and upset like you’ve never seen before, how would you react?
This has happened. Situations like this are why I don’t have friends. I need a t-shirt that says “I Suck”, because with the Asperger’s it takes at least 3 months for the ‘oh…’ to hit and realize what I should have done and said. Hmm, can’t believe how many different kinds of I Suck tees came up on a search… I’m forever stepping innocently into the offensive without a thought or clue. It’s kind of like when I wanted to find Black Rocks (a chicken breed) and my search bar autocorrected to black cocks, which I thought would also be chickens. And one time I looked up ‘chicken fanciers’ because there are dog and cat breed fanciers, right? I learned a LOT that day. Wo, free associated right off this question into sexland. See, this is why I suck as a friend, I really can’t stay in the moment with your sadness.

Let us distract ourselves.

Most of our 'stuff' starts with this. 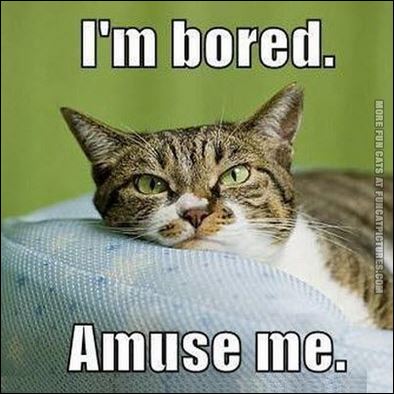 Then it turns into this. 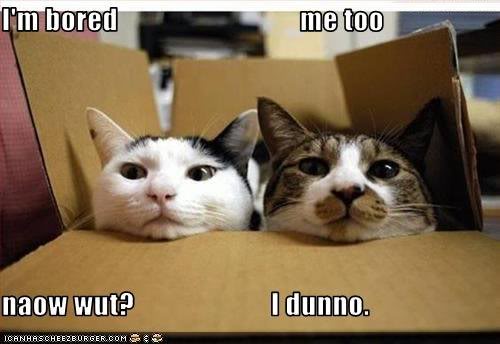 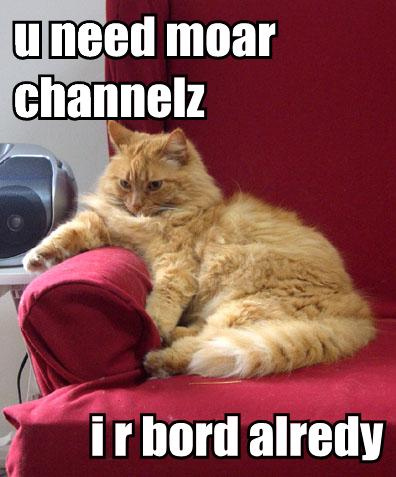 Eventually, all experiences stop entertaining us. 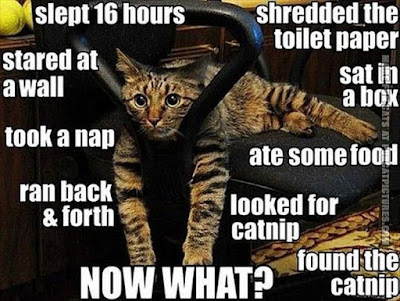 We kinda sorta try to get more involved and creative. 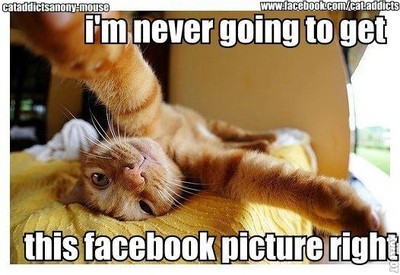 Some of us seem to get into a few squirmishes. 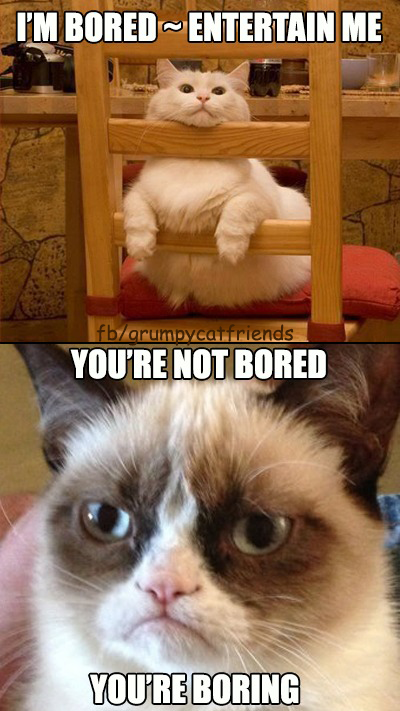 Some of us go on self discovery missions. And some of us learn how to lead the way through the badlands of despondency. 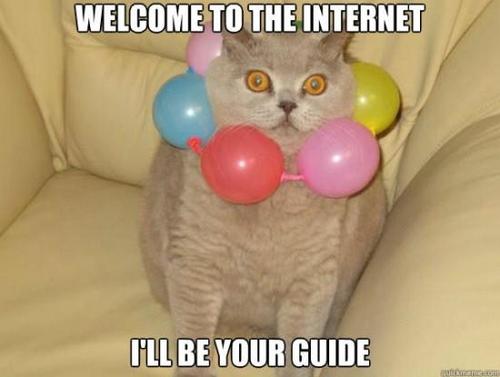 Some of us get a little lost.

In the end it's all good. 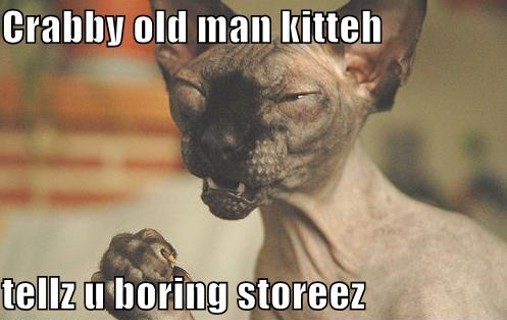 One of my survival skillz is remembering that whatever is sucking for me at the moment 1- I know someone who is having a way suckier day, or at least I would if I paid a little attention, and 2- I've had suckier days myself. I won't go into details, except to say that this works exceptionally well if you've ever met someone with 3/4 of their face burned off in a house fire.

I haven't brought this up because I really don't wanna sound whiny, but I may as well jump on the bandwagon. I'm sure this is going to sound really trivial compared to several of you going through worse right now, but I want to add my voice to the night.

My front tooth hurts right up into the root and feels slightly loose and I have this irrational fear it will slide right out.

There, I said it. I know it's just the prednisone. I've even figured out it's partly from all that hard fast swelling I went through with the latex dust reaction in that shoe store the other day, and maybe now the pred has shrunk the swelling and that nerve is in shock or something, I dunno. It's just scary that walking into a shoe store could actually swell tissue around the bones in my face so hard that it takes emergency meds to make it stop, you know?

I live on the edge every day. I never know when the next reaction will be. This has been going on for several years, and I've learned that there is nothing like a good scare to wake a person up. Fear can be a very healthy motivator. It makes us get up and move and save our lives. At least, that's what it's intended to do. I'm a nervous wreck about 23 hours a day, but I'm finding that channeling this unique kind of energy into a variety of directions keeps me out of despondency.

Despondency is as much a bad habit as a mood. It's a chemical addiction in our brains. It encourages other addictive behaviors. It's self destructive and sheds to other people, rippling despondency throughout the universe. I'm not saying anyone is bad for being despondent. I'm also not saying snap out of it, because I know from experience that's really hard, if not impossible. In fact, people who've never experienced something to 'snap out of' should fear people actually snapping out of something, because snapping is snapping. Don't be snapping out of stuff and flipping like a crazy rubber band into an alt dimension, ok? Go gradual.


People are real bad to put off getting help until things become emergencies. I know people who put off going to doctors for little twingey stuff and then found out they were in stage defcon cancer and had a couple months to live. I know several people who put off talking to a counselor or even family and friends about depression until their private self destruction turned into emergency room crises. I know so many people who stay in the dark nursing grievances, wounds, hurts, worries, anger, and fears because they're paralyzed with despondency. warning signs

Years go by. Even ten years. I'm seeing some of the same people in the same dark places they were in when I met them. Nothing has changed, except that time has been lost, age has crept in, and the bitterness has deepened.

You know I've already been in those dark places, right? You know I can't go back in there and hold your hands and nurse you in your despondencies, right? Because if I go back in, we'll just go deeper till we die. There's no coming back out if I go in with you. That's how deep I was. 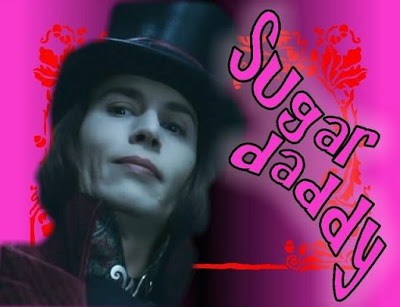 When I first went public with all my stuff about 8 years ago, it was a really big deal to be honest on the internet. Eight years doesn't seem like that long, but in that time I've seen remarkable progress in information sharing about some of the most taboo head stuff imaginable. It's becoming more and more ok all the time to talk about our stuff. When I first started, I stumbled around a lot, unsure, without direction, just needing to say my stuff to the internet because I couldn't say it to real people. I didn't need validation or consoling or attention, I needed to say it.  We all need to say our stuff.

There were people from my past who literally stalked everything I did back then, maybe afraid I'd be too honest or something, and I've noticed not a single one of them has ever done anything public of their own besides dabbling. Not picking on anyone, but back in the day I knew the IPs well (proxies make this much harder now), a handful hitting my Bluejacky blog so regularly for so long that I wondered if I should make contact and check on a few of them, because obviously something was bothering them, but decided in the end that would be unhealthy and they must find their own paths. I'm still not sure what being stalked like that means, but I do still think of them. 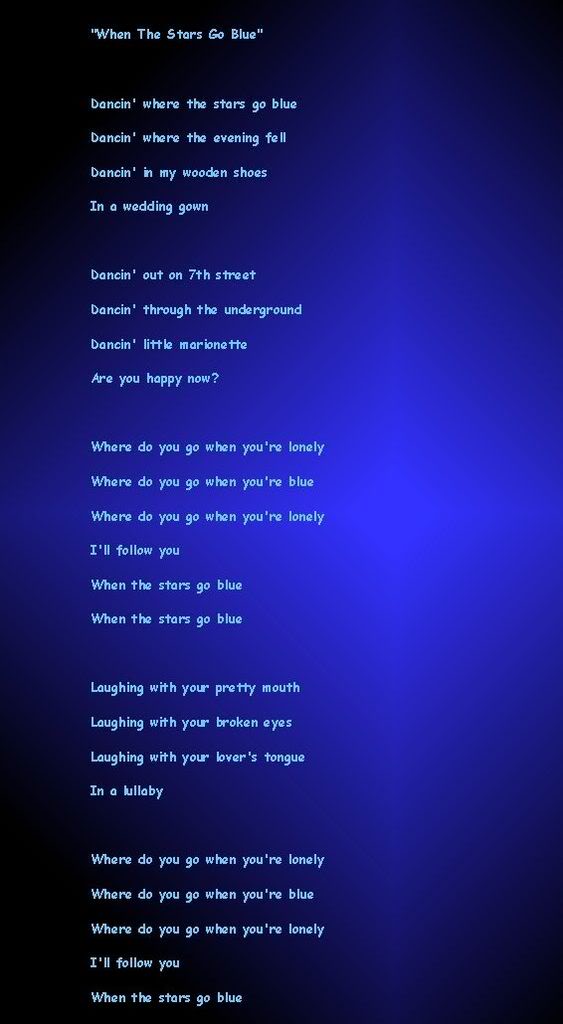 It's very scary to talk about our stuff. People punish or ridicule us when we share too much. They tell us to get a grip, get a life, get over it. They tell us we embarrass them. We even punish ourselves. It's like we're trained to hurt ourselves if other people don't. Or maybe we were the mean ones behind the masks and know a few people who would love to get some real dirt back on us, so we just never talk about our real stuff.

Some people think I'm very brave. Or just stupid. Doesn't matter. I'm dealing with my head my way. I don't care if people see it or not. It's easier not trying to hide it. It's easier not wearing a mask. It's easier learning to balance my head in such a way that I'm not dumping toxic waste or taking sides or being defensive. I'm not sure yet how to be more there for other people. I know I have truly appreciated those who've been there for me, so I'm practicing. I think we mostly just want to know we're not alone, so we lurk through the dark keeping our eyes on each other.

Anyway, if anyone feels neglected today and I'm kinda sucking as a friend, I've got this weird tooth sensation hogging my concerns, and my job is to not to let it get outa hand. Anyone who's been on a phone with me during an acute anxiety attack fully appreciates me stepping back and doing stuff like beating rugs half to death instead of pretending I'm ok on the internet. If I'm not ok for me, I'm probably not ok for you.

Yes, I just spent 4 hours playing on the internet while I wrote this post up. It kept me from annoying Scott before he left for work, it kept me focused on doing something, it kept me from thinking about myself, yet I'm still touching base in case particular family or friends feel the need to see what's up.

Now I need a PLAN. Yesterday went pretty awesome for being such a plan fail, all the laundry and dishes got done so at least I wasn't curled up in a ball. I like hiding in my bed. I have blackout curtains and I put my headphones on. I used to stay like that for hours, but over the years the anxiety has taken over and keeps booting me back into a standing position, so I haven't been able to properly pursue my dreams of lethargy and stagnation. Nowadays I make a Plan every day, usually just a few small scale priorities with Plan B options, and it's amazing how much a person can actually get done inching along the day doing little things here and there. Over a few years new habits are forged and become automatic, and then you look back at 5 years ago stunned at how ineffectual you used to be. No big overnight challenges, no conquering New Year's goals, just little stuff adding up. My whole life has changed dramatically a molecule at a time.

From one of my fave movies Death Becomes Her. You'd laugh if you knew how close I came to this one year, sans cats.

I just know I'm never going back into the dark. I can't face stagnation death.