I wanna luv ur brains out


Getting lumped into a #FF tweet with @realDonaldTrump, like you do. I guess somebody doesn't read my PondOfDeath blog. It is to lol. I like Bill, he's cool. Go #FF @IamBill46. 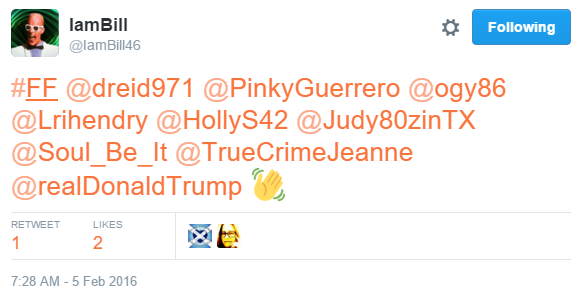 Everything is going south, doing a controlled pain crash before the weekend hits. We might have Bunny tomorrow, so cooking meals ahead. Meatloaf and mash tatos, cheesy broccoli-cauliflower soup with bacon, you know, stuff that's easy to warm up. Laundry and dishes are caught up, and once everything's out of the oven and off the stove I may be throwing myself against walls for sport and amusement between wrapping a heating pad around my neck and shoulders. You know what's actually distracting and delicious during a pain spike from hell? Sauerkraut for breakfast. I'm not kidding. You'd be amazed how awesome really good distraction tastes when nothing else will shut up. I had brats cooked ahead and frozen back, easy to get one out and open a can of sauerkraut. I'm not making this up. This is probably how really old people reach really oldom. I wonder if cabbage was the magic lettuce that the witch sold to Rapunzel's dad when he exchanged the promise of his first kid for something that would save his wife during a terrible illness.

Yes, I mentioned a documentary. So far I've got 30 short vids and about that many stills, over half of them processed and loaded. I don't know how to even describe my excitement. I can't say it's killing me or I'll jinx myself. I've been really careful to make sure I can't blame this developing fibro flare on sitting at the table too long, lotta constant moving around. I'll just say I'm so elated I can hardly stand it.

Watching my page views break the record today. I've got my eye on 3 bots, but they're not doing enough to make that big of a difference. Usually a crawler bot tops out around 40 page hits, and very rarely more than one on the same day, and even more rarely more than once a month. Normally it's more like a handful of random pages and then they move on, a very small percentage of incoming. I seem to have picked a new one up that tracks back to a place with a freak pop up about how your PHONE BATTERY has been infected with a VIRUS, whatever you do DON'T SHUT YOUR PHONE DOWN, and FOLLOW THESE STEPS TO CURE YOUR PHONE BATTERY.

But it's still barely a blip on the hit radar.

Still waiting on burger to thaw. Where's that heating pad... Spoiler warning if you haven't seen The Abominable Bride yet.