the game is melty

It's late, my brain is blurry, but I wanted to get my photobucket upgraded before I forget later this week. I haven't looked at stats in forever. 9300 views on 740 captures, most of them in LexxPix, a handful more in pbLexxPix. In the old days when photobucket kept stats on everything, including private folders that hosted off-site content (listing the web addresses they linked to, even more impressive than what you get on youtube nowadays, which isn't too shabby {I remember when youtube did the same thing, though, actually, anyone used to be able to see everywhere vids were linked right there under the vid, now it's just a private thing if you know where to look}), my views were in the ten thousands. Can only wonder what it would be nowadays, probably over a million easily. If I'd never dumped my old blogs and some of the pic folders... except now the only visible public stats they show is actual photobucket views if people click over. I'm actually too wiped out to feel a twinge of regret right now. I really should be in bed.

I'm not sure but I think this is the result of being bitten by a werewolf. Fortunately, no one else saw me like this, probably because in multiplayer no one would have any idea who I was and I'd immediately be killed for it. 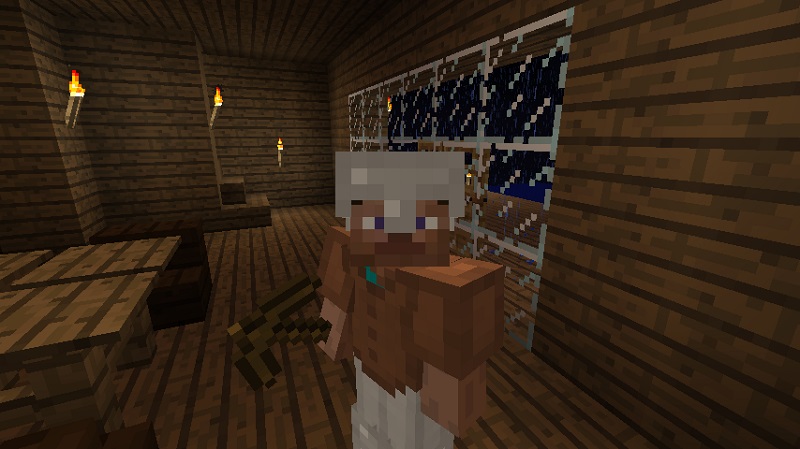 No worries, though, got my Galaxie Gurl back on when I logged out and back in. Don't laugh, I know the lumberjack song just hit your head. I had to put on what leather gear I had left after I lost my armor in another fight. 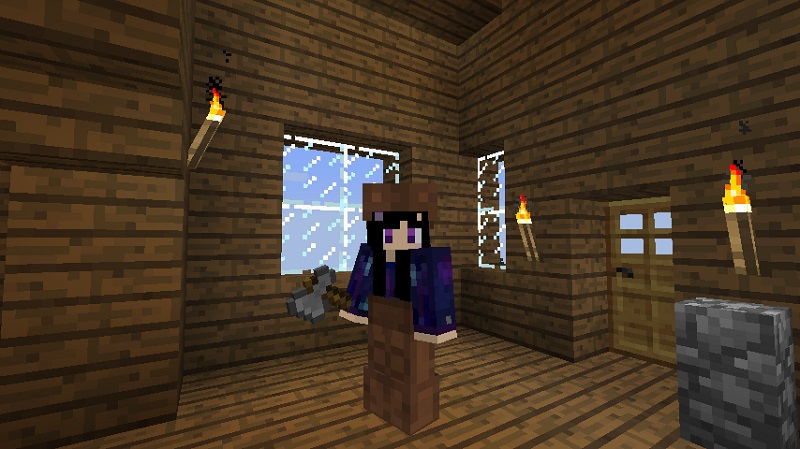 But it didn't take long until I got air bombed by one of those flaming pegasuses again and ran into the house on fire, and as I died engulfed in flames, all the cobblestone I was carrying melded into a column that glued itself next to the door, and even after I respawned I could no longer use my button-1 'attack' to do so much as chop wood or go mining, much less defend myself at all or even eat. The most I could do, besides opening and closing doors, was play at my crafting table. I tried everything, talked to the admin, sounds like I might hafta uninstall and then reinstall. I've really gotta get a fire proof potion going and get some diamond armor made as soon as possible if I can ever become functional again. There was a notable lag problem for several hours today, so I'm crossing my fingers just walking away for a bit is my cure, since time passing (about 45 minutes or so, I think) suddenly resolved my cobblestone problem. In the meantime, I have learned to make TNT and craft minecarts into mobile carriers and explosives. Oh, and shear sheep. I made the cutest little sheep shears, and now all the sheep roaming around are my friends and come trotting right up to me. Also found out you never step on a bee. Raced a bee swarm back to the house, getting stung over and over zapping my life out as badly as arrows from skeletons, and I even had armor on. Like, the killer bees from hell or something. They were so cute until I walked over one.

I've gotta go to bed, I can barely even type any more.