I wrote this draft on 1-14-16 and then walked off and forgot about it. I added a couple of notes today in orange. ~~TRIGGER WARNING~~. Seriously, if you're having a bad day on the edge, come back to this later, ok? Or if you go ahead and read it and trigger, pleasepleaseplease make sure you've got someone to call, ok? 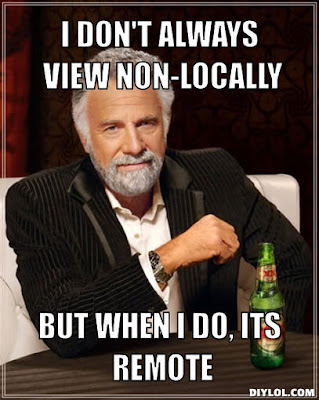 I really hate the horrifying visions I get. They come out of nowhere without any warning, and then I'm stuck with the shock of them and there's nothing I can do about it. They've been happening all my life and I never talk about them because who can I tell without sounding crazy, and there's no place to put them because writing this stuff pulls in creepers and draws flies like you wouldn't believe. Plus, I used to imagine being locked up in a little room and experimented on.

I went back to bed after coffee and my workout. Sometimes it's luxurious, this time it was a disaster. I was letting my mind wander through free associating, bit of a chess game with someone here, maybe a little bit of a disagreement about a policy there, nothing at all to do with real life, and then it switched just like a TV channel and I was there, watching.

A very distraught young mother was yelling at her tiny little girl that she (the mom) did everything wrong, and this time she (the mom) couldn't stop sobbing and yelling, "I'm not doing it right, don't you see, I'm not doing it right!" She was a little pudgy and red faced from crying, I couldn't tell where they were exactly, the little girl was curly haired and only in a diaper, and the mommy picked her up and put her down, indecisive, and picked her up again and just jumped. And her body bounced horribly and broke, and the little girl was protected from the fall by her mom's body so she mostly just thumped, and then everything was horribly still and the little girl was sitting there not knowing what happened and started crying and crying, and there was no one around to come pick her up, so she sat beside her broken mommy not knowing what to do.

And then it switched off and I was back in bed. I can't lay there after stuff like that, I have to get up and distract myself with other things. I very rarely write about it, despite journaling prolifically for years. If I were to write out every single time this has happened, there would be several big volumes of short stories about all the many ways I've seen people die, and it's so real that I can smell and hear what's going on in the background.

I don't see these things on TV shows because I don't watch that kind of TV. I don't read these things in books because I rarely read books nowadays. I don't see these things in feeds because I mute everyone who shares the kind of stuff that triggers me. I'll be completely absorbed in something else and suddenly see a violent death pop into my head and vanish again right after it happens. This happens both awake and asleep, and when it happens asleep, it's usually so disturbing I wake up immediately, and very different from regular nightmares. I've never recognized anyone, have never known the locations, never find out what happens. Sometimes they are so real and I'm so 'there' that I'm confused to find myself back 'here', like nothing had happened. Sometimes I'm relieved to find myself back in my own bed, like I've forgotten this is my life, not that. (This has been happening since I was about 3 or 4 years old.) (It'll be in the book.)

I've looked into remote viewing and brain anomalies and everything in between, including all kinds of dream interpretations. I've mentioned it to a handful of people in real life, but it's such a creepy thing to talk about that I've stopped. I know there are other people who do this, too, and the one phrase that pops up that we agree on is feeling like we are witnessing stuff. Why this happens is anyone's guess. There seems to be no point to it besides being some kind of tuning device that randomly picks up some kind of energy surges. If dowsers can use sticks to find underground water (good article), I imagine brains can snap onto other people's energy-charged emotional experiences. Other than that, who knows.

Another good article- Toward a Scientific Understanding of Remote Viewing

A fan asked Wil Wheaton about getting on medication versus powering through depression. This was his reply, and it's really good, go read it. You’re not broken, and you’re not weak. Depression lies because Depression is a dick. I agree with this. If you're actually on the brink of something rash and can't think straight, omg please call 9-1-1 or someone to take you in to the ER. Brain chemicals have nothing to do with being weak any more than stomach chemicals giving you massive hearthburn have to do with being weak. It's a chemical thing. It doesn't self correct in crisis, you don't just wait it out until one day you wake up and it's all gone.

You guys watching me deal with depression- that's right, you're watching me under supervision because med reactions, right? Years of this, guys. If you can do the meds, do the meds. Don't think you can just shove all your stuff into a drawer in your brain and hide it from everyone.

Throughout my 30s I was pretty rabid to find out what was going on with me and devoured everything I could find on NDEs (near death experiences, which I've had), anthropological studies on dreams through human development and across all cultures and times, dreams in mysticism and religions, and anything actual science I could find on how brains work. I started respectably with Elizabeth Kubler-Ross and worked out from there.

The first scientific book I ran into that crossed into the realm of weird was Chaos by James Gleick, "historian of science, and sometime Internet pioneer whose work has chronicled the cultural impact of modern technology. Recognized for illuminating complex subjects through the techniques of narrative nonfiction, he has been called “one of the great science writers of all time." according to Wikipedia. I know, we scoff about wikipedia nowadays, but back then was still largely pre-internet, pre-fractals, the first inklings of string theory, and the ending chapter pulled in the science of artificial intelligence compared to mapping the human brain and how this new Chaos Theory could explain the wild leaps in evolution and the way brains work. (Lexx fans know I'm also a big Lorenz fan.) If you're a Lost fan and rememember all the weird science in that show, this is the kind of stuff I'm talking about. And of course, all this new science is already 'old stuff' now.

The last book I got hold of a couple of years ago was The ESP Enigma: The Scientific Case for Psychic Phenomena written by a real brain doctor. I've never claimed to be psychic (if I were I'd never have married my first husband), but I keep wondering why my brain 'makes this stuff up' out of the blue if it's not 'real'. (No, I'm not schizophrenic, in case you're wondering because I mention seeing a psychologist so often. I'm autism spectrum, which some think lends to psychic awareness, but I see all this more as a synchronicity thing  that we're all part of.) (As you can imagine, I'm also a philosophy enthusiast.) It's nice that a neuropsychologist (a whole decade of school and stuff, people) attempted pulling a new book together around braining, but I still think Farscape hit the nail on how common and beautifully tragic brain phenomena is when coupled with regimes and coups and megalomaniacs. John Crichton was 'ordinary' and yet we see his brain picked and pulled apart in every conceivable fashion at every possible level, and survival still goes on.

Back to here and now. I've been a very good girl this week- got my money stuff all mapped out through end of March (I have $20 left in spending money till April), got my medical lined up through the spring (see a surgeon this morning about all the nerve work I've done in my arms in physical therapy and now what is the next step to halt or slow down nerve death), got back on track with my writing projects (no more yelling FOCUS! at myself), got the groceries stocked way back up yesterday (no more scraping bare cupboards for awhile) (picked up Black Mass for $12, woohoo!), and still staying pretty caught up with the chores around the house.

This post is me stalling. I need to be out my door in about an hour. Maybe I'll just get ready and then play minecraft while I drink my breakfast shake, which is really hot chocolate with a load of protein powder dumped in. I learned how to mine and forge yesterday in multiplayer. I like mining, very cathartic. Kai showed me how to spot where diamonds are and coax them out. I'm using this capture from 'Pinky' world in my rotating wallpapers, clicks out to big. 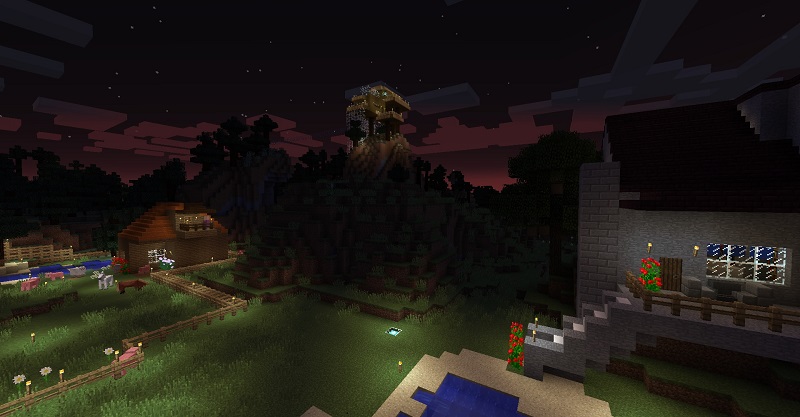 Who else needs some #bencongruity today? Here you go. Have a great day, guys.