Pinky blog is a cover for a lurker deluxe, a shadow in the dark. You guys have seen me work on putting my own puzzle back together in public posts, and I appreciate the respect that goes into staying back from the temptations to snark bomb my comments, or worse. The history I have with some of my lurkers is heavily tenuous, if I may wring a visual out of an uncommon word pairing.

Today is #WorldMentalHealthDay. I've mentioned a few times being around the block with blogging, saying I've seen it all. I've also said a few times that blogging saves lives. But I don't really say more than that, do I? Pinky blog is for my stuff, not other people's stuff. 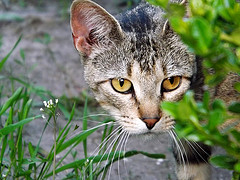 However, part of my stuff, part of what has helped create who I've become, is other people's stuff. I've privately logged many hours in the past with a number of people who blogged about their stuff, mostly privately to friends-only. What I'm about to share is a delicate summary of some of the long, haunted nights I've been privy to with other people on protected (partially private) blogs.

Each of these sentences represents a summary of someone else's dark journey, and these are all different people who didn't know each other. It is by no means an exhaustive list. I will never forget these people.

I lost custody of my kids because I can't stop cutting. -mid 30s woman with severe depression.

I got this recipe from (***) and it's loaded with calories. -young medically anorectic 20s female with terminal illness.

I had to leave my psychotic mother before I was legal age and get my own apartment and a job. -young lady on double lung transplant list.

I've been stuck in a bed on IVs for so long that I'm losing hope. -middle aged woman with cancer.

I really like knives, is something wrong with me? -teenage girl with the most beautifully twisted dark goth blog I've ever seen.

I hate everything about myself because my stepdad raped me since I was 13 and my mom didn't do anything about it. -girl in her late teens trying to get a job so she could leave home.

I'm afraid to go to sleep for months and can't see myself coming back from the next hospital trip -a young lady with a terminal illness who died a couple of weeks later in a hospital.

I hate Christians and everything about them. -young man after leaving his parents.

My parents secretly performed 3 basement abortions on me and I'm so scarred up I can never have children. -mid-20s woman working on a counseling certification.

I'm so desperate for answers that I'll go to great lengths experimenting on myself and learning everything medically and scientifically related to every little thing that goes into my body. -middle-aged woman living with years of chronic illness and infection.

I know God will heal me if I just have enough faith. -woman who vanished from the internet and likely committed suicide.

I know the military is watching everything I do and just waiting for me to slip up. -military personnel hiding a schizophrenia diagnosis.

My wife hasn't let me touch her for years except to give her a massage, and I like to wear my jeans loose around my hips. -older man grappling with his mother raising him as a little girl, likely due to birth defect or botched circumcision.

One of the reasons I keep telling you guys that you are not alone is because you're not. One of the reasons you feel alone is because those around you are either inexperienced and don't know how to see what you're saying or really talk to you about it, or because they have already been through so much themselves that they can't carry someone else's emotional load, or because they are in place where they must emotionally withdraw for a little while and recharge themselves. Please never take it personally if someone doesn't emotionally respond appropriately to the mixed and cryptic messages you are sharing. Just keep trying. There are loads of people on this earth, and internet makes finding someone who understands a lot easier and faster than the old days.

My core belief that I have developed from seeing all these things is that we need to share our stories so others can see they're not alone. It's not about trying to get attention or empathy or validation when someone is just whistling out loud in the dark. We must become the teachers allowing the inexperienced to learn on us if the world is to heal. In a world of block and mute buttons, it's becoming easier to share who we are in real time, and others can come and go as they wish without pressure to respond. Lurking through other people's living thoughts is better than hanging out at a library. Humans on the internet are becoming a living library. 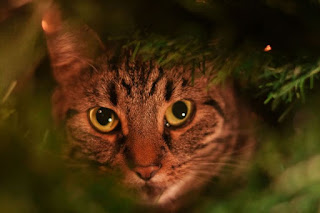 Blogging helps. I have gotten through so many bad days knowing even just one other person would read my stuff. Simply just sharing your stupid bad day and how you got through it might actually save someone else's life. You might never know that a lurker in the dark found the thoughts you wrote down and made a decision to keep hanging in there because you did.

Sometimes I say "I love you guys". If we could see other people with the same empathy we have seeing abandoned, neglected, and abused pets, who knows how the world could change. I see the pain and sadness in the dark when I lurk around, and I just want to say I love you guys, so I keep blogging. 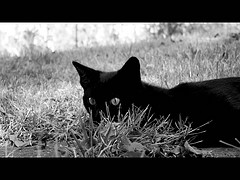 I know I beg off personal interaction nowadays with aspie's so aspie and talking about the saturation level I've been through in my own life. It's true, I'm barely capable any more. In the past while I was more private I was able to handle more personal interaction, and I've even been encouraged by other professionals to finish my master's and get my certification in counseling. I've chosen to be a public person and reach as many people as possible. Even when I hit walls, with a blog I can keep sharing my own stuff and help point the way for others.

Mental health is such a stigma. I wish my mom had been able to get more help without others fussing over her fails and poor decisions and not having enough faith, all that crap that strengthens the lie of masking who we really are. I fought the stigma myself for decades with doctors arguing with me over whether I'm a hypochondriac, and whadayaknow, it's all medically validated now. I know what it feels like to be dismissed and blown off and gotten after, even insulted by the people who should have cared the most. I've come through years of anger and the hate that those blow offs inspired and have arrived to the conclusion that I can't live like that, and that my own emotions were killing me. I've further determined that I no longer care who says what any more, and I would even be selfish to keep what I've learned to myself. depression, suicide, and Pinky's revenge 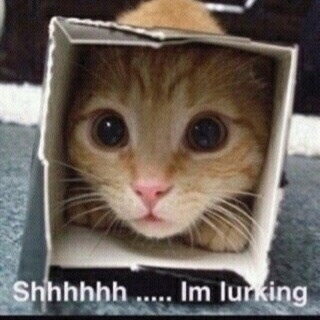 I'm sorry stuff is hard. And it's not a contest, sooner or later it gets really hard for every single one of us in one way or another. You are part of a world family, and all of us are going in the same direction and learning the same things. In the end, we will all be able to say we understand, and part of learning the understanding is walking alone in the dark for a little while. But please don't despair. None of us are ever really and truly alone. Somewhere on this earth someone wants to know your story from your point of view, because they want to know someone else gets exactly what they're going through, or what someone they loved must have gone through.

There are so many ways to share ourselves, from social media to volunteer services, from a variety of art forms to simply hanging out with someone watching TV for awhile. Even if you are the fabled crazy cat person, you are sharing yourself with other living beings.