Pretend our house is a spaceship, I said. It'll be fun, I said. 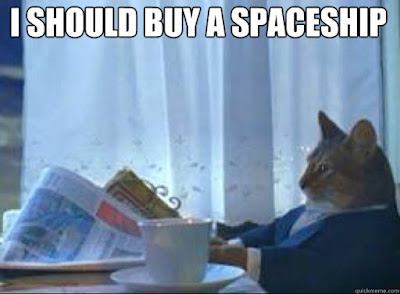 I've got a problem to solve. After 3 years of continual interruptions and new developments and people nearly dying within actual yards of my house (plus the dead guy discovered across the street last spring) and other people popping out babies left and right (5 babies on my side of the family in the last 2 years, more on Scott's side), it hit me the reason I can't seem to pull together and wrap up the 3/4 of the work I already have done is because I can't spread out and claim a space of my own.

I live in a house without hallways. I haven't had real privacy since I moved here. Kids walk in and out of every room, wait, I've gotta copy this bit out of an old survey way back on a private blog, hang on.

2. Do you go to the bathroom with the door open or closed?
You're all alone in the house, in the master bathroom just off the master bedroom, completely out of sight.  Suddenly, in bounces Twinkles, like an untimely Tigger, bouncing around saying "Anybody here?  Helloooo!", and you struggle to somehow reach the door with a foot or something without wetting yourself before she walks RIGHT IN with her boyfriend in tow, because she has never in her life stopped at knocking on doors in the first place even when they're closed, and yeah, I've nearly been walked in on right out of the blue....  So yeah, even when the house is EMPTY, I am now paranoid enough to always close the bathroom door.

And now she's got a 2 year old clone joyously marching in and overhauling our lives, a tiny little super speedy Bunny who figured tech out 6 months ago and is this close to driving and getting a job. I'm calling dibs on store manager after she nonchalantly inched another little girl in Toys R Us over so she could grab all the cars and GET TO WORK. Everything is workworkwork. She particularly loves, guess what, index cards, paper, pens... 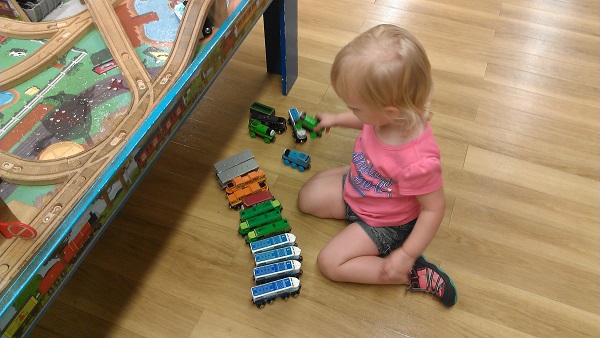 As you can imagine, every time we have a Bunny day, we lock the place DOWN. That means fencing the entertainment center so she can't reprogram the Vizio and moving everything that might pique her interest to invisible places (piles in sacks behind my bed), oftentimes on a moment's notice. I'm very seriously not kidding about being married into the most ADD family I've ever met and living in a house that has absolutely no hiding places. My work and tech have been scooped up, piled up, and moved so many times it's like shuffling a card deck. My work space is exactly as wide as my laptop and extremely mobile. I'm so used to living like this that it's taken me awhile to figure out my actual stall out point.

I think what I need now is some kind of permanent space that I can spread out on. I spent a week a year and a half ago indexing over 20 spirals bursting with notes and handwritten pieces done in the car in parking lots so I could transcribe them into digital later. I spent a month organizing that pile of spirals and a year sifting through hundreds of notes in blogs around a blog server move to help me install a definite direction into a flexible table of contents. I spent months slogging through rewrite. I lately bought new index cards because I need to go old school on the final edit and make sure it's got a logical flow, since by now my brain is mashed potatoes. Flipping through 'pages' on a monitor is very different from flipping through actual pages that I can dog ear or rearrange or put sticky tabs on with a fix-it notation.

During this time, every inch of progress has been majorly flipped, shuffled, repiled, and rescattered several different times. About the time I get a little organization spread on a piece of furniture, daycare takes a week off or a germ flies around or Christmas shows up and says HAHA NO YOU DON'T, and I'm getting so used to this whole new lifestyle that I plan everything I do in an empty house around countdowns to the next Bunny day, and then summer hit again and there was no use but to just toss it all out the door again and go with it.

I can't say no to the cutest little face in the whole world. She can color on my floors, smear cheese stick on a window, track food and wet grass over every square foot of my house, and I love every minute of it. She even has a special little drawer in my jewelry armoire filled with, you guessed it, index cards. That kid loooooves index cards. Imagine her finding my other index cards with their fellow post-its, colored paperclips, sticky tabs, pile of good pens, 2 foot stack of spirals...

I'm a great problem solver once I put my mind to something, so I spent a couple of hours yesterday super focused on how to reallocate space in this house so that I have more secure and longer lasting writer's spreadage without mowing over a variety of innocent feelings guarding new territory. There had to be conditions-
1- No shoving me into a tight corner while the entire upstairs is storage for someone who doesn't even live here, kind of mockingly ridiculous after 22 years of living with people who have no idea what personal space even is
2- No new boundaries saying Bunny can't go here or touch that after she's been doing it her whole life because that's no fair and she's too young to understand- mi casa es tu casa, right?
3- No waiting till she's in school because by then I'll be on a writer's warpath and killing people, and besides, Mama could have another one... O_0 I spent years waiting for a-graduation, b-moving out, c-marriage, NONE of that stopped the spelunking on a moment's notice, and now there's a clone, so *no*- "waiting" for a better time is a joke.

I suddenly looked up and noticed all the empty space up to the vaulted ceiling and went into this wouldn't it be awesome if thing full of visions of retractable work desktops (and lurking spiders), and once I was looking up, I started noticing everything above my head. Look at all the wasted space in our house. 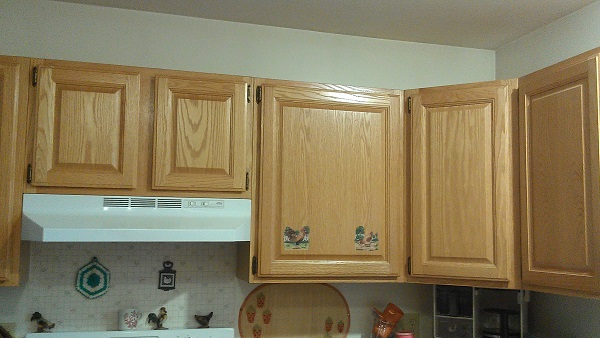 Once the idea blazed through my head, all I had to do was skid excitedly into @bonenado and start giving him thoughts about ladders and the vacuum. If there is one thing that ADHD man seriously loves, it's climbing and doing. 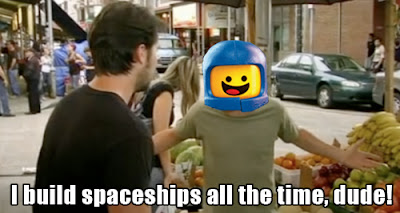 This is rocket surgery, so we'll need some math. 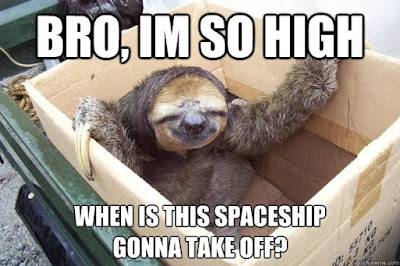 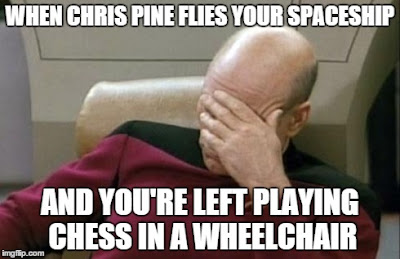 Move stuff up. I told @bonenado that if we were living on a real spaceship, wasted space wouldn't even be a thing, so why not gather up all the stuff that we can't seem to throw away or sell and fill up wasted space with it? Like this. We've just begun, but you get the idea. 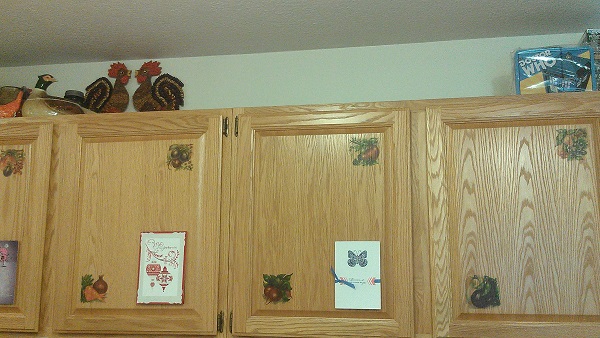 We accidentally disturbed a nonindigenous race and nuked them when they shook their fists at us. 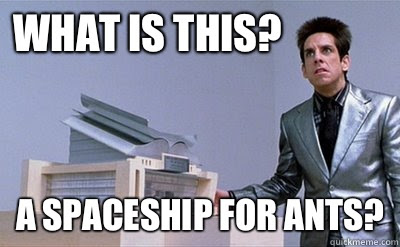 And then once other surfaces empty out, we'll move other nonessential stuff up higher, and eventually I'll get my dresser top back as I regift baby clothes and reallocate crayon and other assorted activity storage. That alone would be an awesome surface for permanent writer's spreadage while I wrap my brain around final word construction. It feels as monumental as constructing and closing on a house, which we've been through, because we're in it. 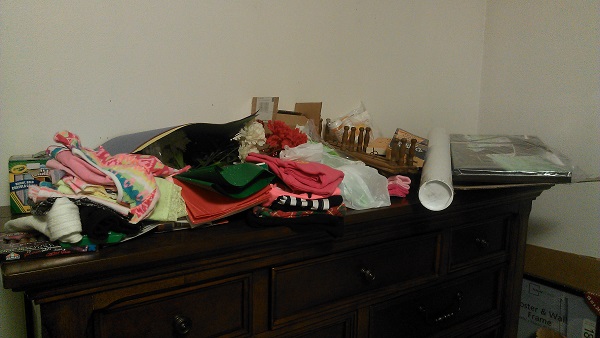 And then I started a big pile of lol, look at all these surprise presents people are going to be getting all fall, so we're cracking up like evil villains dredging out the piles of stuff we have no idea what to do with. And now this morning @bonenado is moving furniture around for me. We are reclaiming the house. 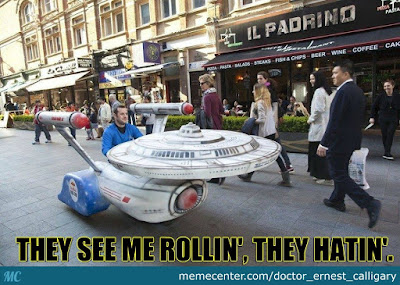 Me and @bonenado irl working on our spaceship.


Only one paragraph was harmed in the writing of this post. I accidentally 'spaced' it and couldn't undo without inflicting other major damage.
Posted by Janika at 7:33:00 AM